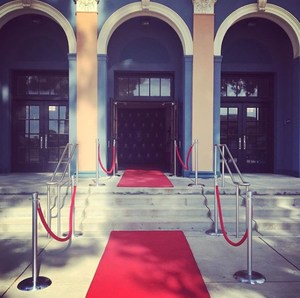 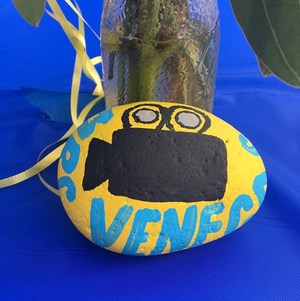 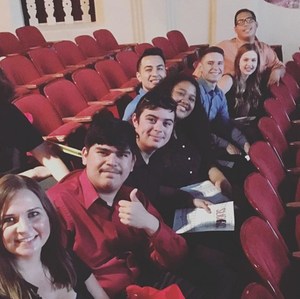 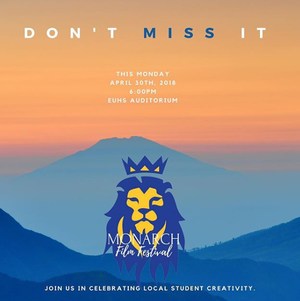 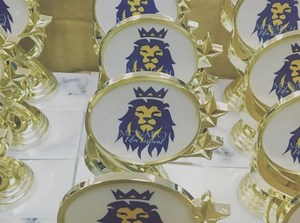 The first ever Monarch Film Festival went off without a hitch late last month. Over 150 people attended the red carpet affair where 36 trophies were awarded to students from kindergarten through high school. All of it was put on by Exeter Union’s Graphic Arts, Media and Entertainment (G.A.M.E) Pathway.
“The ultimate goal was to make the event a success and tradition that will continue for the Exeter community, year after year,” said Andrea Venegas, the GAME Pathway director.
Although, discussion about a film festival began early this year the real inspiration was sparked last year. The first class of this new pathway submitted entries to the Slick Rock Film Festival. A competition for middle and high school students put on each year by the Tulare County Office of Education.
Much like the Slick Rock Film Festival the Exeter students wanted this new competition to be open to more than just high school students. Instead they took it one step further. They wanted to reward the students and teachers who were implementing media in all grades, and not just the technology classes.
Students got to work setting up the event back in August. Some had responsibilities such as creating save the date flyers, a website and posters to put up all over campus. Then the time came for the pathway students to begin visiting classrooms. It was then that the interest really began to peak by students and teachers alike.
The reasoning for opening up the competition to other grade levels was twofold. First, many of the students who signed up for the pathway were not exposed to video creation in their younger years of education.
“They found out it was something that they really enjoyed,” Venegas said.
The second is the reason why the pathway was added to Exeter Union. As technology becomes more advance it has integrated into almost every aspect of our lives, and that includes the classroom. The necessity of having students comfortable with that technology is now vital. When Venegas’ students began to visit classrooms they found that a lot of teachers were interested. Some teachers even had the necessary equipment such as a green screen. However, due to a lack of training they felt overwhelmed. Even that same day many of the students in the lower grades had already shot videos.
“It was a really good experience for my students because they got to go in and show the kids how to do it, and show the teachers as well,” Venegas said. “They began to feel like this wasn’t such a daunting task after all.”
Once the video submissions began to come in it was up to the pathway students to figure out how to score them. They created a rubric which every video was put through. Over 60 pathway students watched and scored every video.
When the day of the event arrived it was up to the students to make sure it was a success. Some had stage parts in presenting the awards. Others were behind the scenes working the lights, and had created the programs.
Plans are already underway for next year’s edition. The hope is once again, this will become a tradition which happens every year.
http://www.thesungazette.com/article/news/2018/05/16/over-150-people-attend-the-first-entirely-student-run-monarch-film-festival/ Source: The Sun Gazette
Print